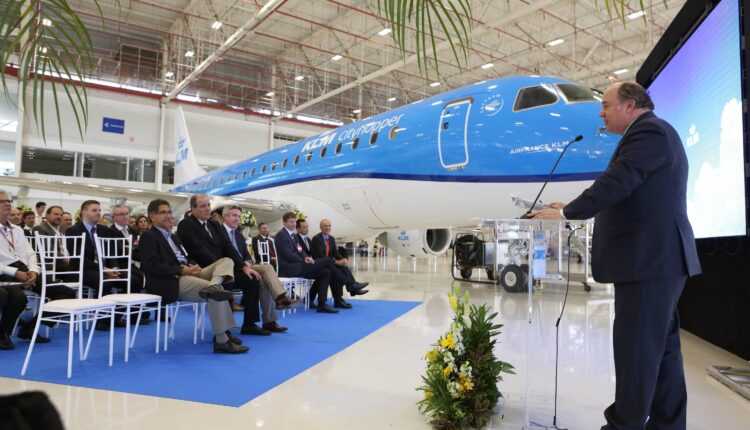 On 18 March 2016, KLM received the first Embraer E175 from the fleet, an aircraft allocated to the subsidiary KLM Cityhopper. The new aircraft will allow the Dutch company to streamline its operations on short and medium flights.

Compared to the previous E175 model, the new E175 + comes with technical improvements and increased aerodynamic performance. Fuel consumption is lower by 6.4% compared to the similar model of the older generation.

On March 27, 2016, the first commercial flight was operated on the route Amsterdam - Stavanger. And in the near future the aircraft will also fly to Brussels, Ålesund, Torp Sandefjord, Turin and Manchester. As the new Embraer E175 + enters the fleet, they will cover all European destinations operated by KLM Cityhopper.