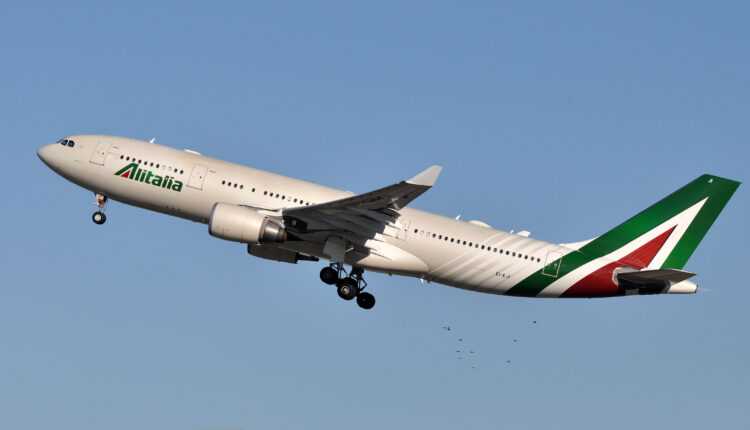 The new Alitalia will be launched in June and will have 90 aircraft.

In March, the first rumors about renationalization of Alitalia. Given that Alitalia was facing an acute liquidity crisis amid the COVID-19 pandemic, a presidential decree was issued to inject € 500 million in emergency funds.

Italian political parties support this costly operation under the pretext of maintaining a domestic airline operating in the interest of the country in emergency situations such as this pandemic.

The new Alitalia will be launched in June

Stefano Patuanelli, the Italian Minister of Economic Development, mentioned that the new Alitalia will be launched in June and will have a fleet of 90 aircraft, out of the current 113 aircraft. There will certainly be some redundancies, but the interest is to keep as many jobs as possible from the existing ones.

Initially, there will be a limited number of aircraft due to low worldwide demand. In a few months, up to 40-50 aircraft will be used, sources told Corriere della Sera. 30% of the fleet will consist of wide-body aircraft for long-haul flights.

Certainly, the new Alitalia will be 100% state-owned, but with regular evaluations. It is unknown at this time what he will do after leaving the post.

In theory, the new Alitalia will operate from the Milano Linate and Roma Fiumicino hubs. Some experts are skeptical about the size of the fleet and the operational network, given that demand will be low for a period of time post-COVID-19.

To date, Alitalia has received state aid totaling EUR 1.3 billion. And yet, in 2019 it recorded losses of around EUR 300 million. The Italian government tried to privatize the company, but without success. Lufthansa, Delta Air Lines, EasyJet and Delta Air Lines, among the companies interested in Alitalia.

Wizz Air will resume flights from Romania starting May 1. See the destinations!

Blue Air announces the resumption of scheduled flights in early July 2020. Until June 30, flights on request! See the destinations!