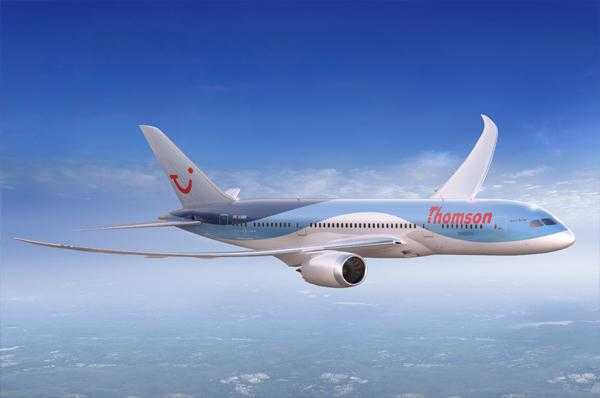 Thomson Airways, after announcing the guidance flights it will operate with 787, now comes with a new livery. The 787 Dreamliner aircraft is due to be received early next year and from 1 to 2013 will become operational within the fleet.

I personally like the new livery proposed. It's not trivial and simple. Taking into account the performance and technological innovations of the new type of Boeing 787 aircraft, Thomson Airways has been very good with those curved lines.

There is still the dilemma of routes. The carrier is asking for customer help to determine which will be the first route operated by 787 - Florida (Sanford) or Mexico (Cancun).