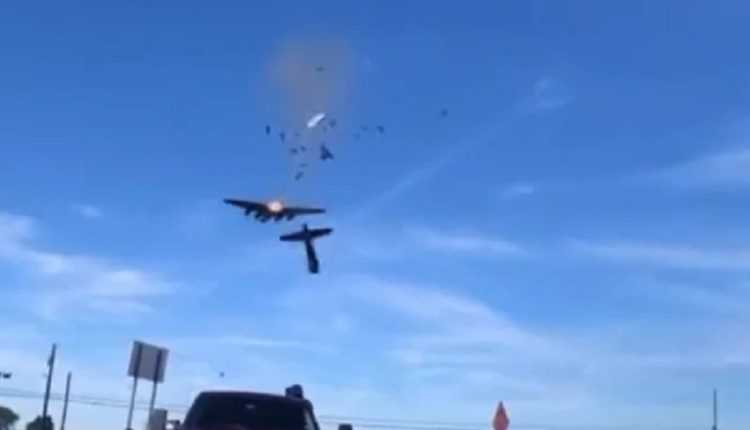 On November 12, during an air show held in Dallas, United States, two World War II-era planes collided in flight. Following the impact, the two aircraft disintegrated and the debris fell to the ground, the accident being followed by a fire on the ground. According to information from the international press, there were six people on board the two planes (five in the B-17 and one person in the Kingcobra), all of whom were declared dead.

The planes - a Boeing B-17 Flying Fortress and a Bell P-63 Kingcobra - crashed around 13:20 p.m. local time, the Federal Aviation Administration said. The crash happened at the Wings Over Dallas air show at Dallas Executive Airport, which is about 10 miles south of downtown Dallas.

Videos posted online appear to show a fast, nimble plane crashing into a larger plane as onlookers are horrified by what they see. The FAA and the National Transportation Safety Board will investigate the crash, the FAA said.

Dallas Mayor Eric Johnson said on social media Saturday that no injuries were reported on the ground. He said much information about the crash remained unknown or unconfirmed.

Aspects you can consider to choose a fun slot