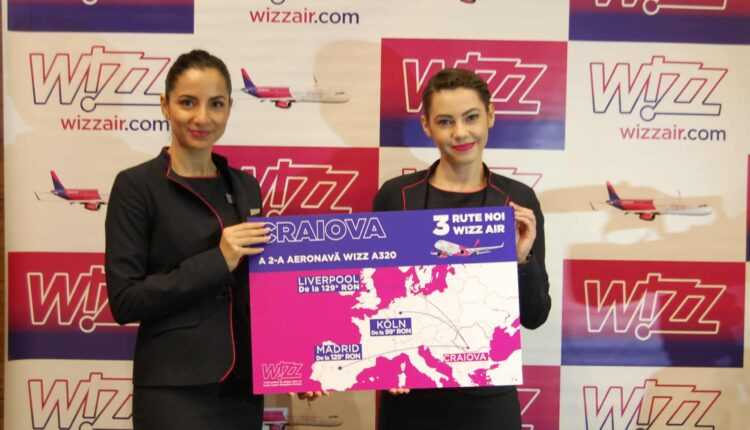 The second Wizz Air aircraft at Craiova and 3 new routes

Wizz Air today announced the allocation of the second aircraft Airbus A320 from its base in Craiova. It will operate from March 2017. Three new routes will be inaugurated: Madrid In Spain, Cologne in Germany and Liverpool in Great Britain.

Today's announcement comes shortly after adding the Paris Beauvais and Venice Treviso destinations to the WIZZ low-cost route network. The first WIZZ flight took off from Craiova to London Luton in the 2013, and after just a year of activity, Wizz Air allocated a new Airbus A320 aircraft to Craiova International Airport.

With the establishment of the operational base, WIZZ created 36 direct jobs and launched several routes to popular destinations such as Rome, Milan, Bologna in Italy and Barcelona in Spain.

According to today's announcement from Craiova, the company now offers 10 low-cost routes to 5 countries. Tickets are already available and can be booked on wizzair.com from 99 lei / segment.

OFFICIAL: Ryanair base in Bucharest was inaugurated