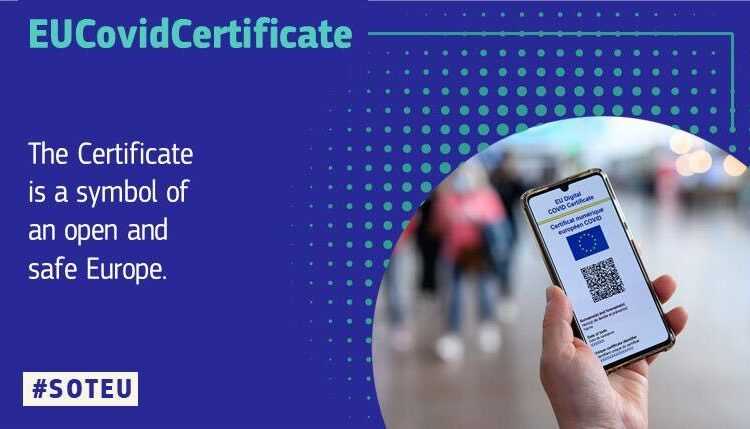 Commenting on the agreements reached with several third countries on the mutual recognition of documents, the Commissioner reiterated that travel health certificates are delivered by Member States to those vaccinated, to those who have recovered from coronavirus infection. in the last 180 days, as well as those who tested negative for COVID-19.

Reynders expressed satisfaction that "More and more non-EU countries are joining our successful system. A total of 42 countries, 27 EU Member States and 15 third countries are collaborating, thus reaffirming the European document as an international standard. "

The idea appeared in mid-March this year, at the suggestion of Greece, and on June 1, seven EU countries have started testing, verifying and issuing such documents. Spain joined the next day.

In addition to the 27 Member States of the European Union, 15 third countries have connected to the EU system for issuing COVID-19 certificates: Albania, Andorra, Iceland, Israel, Liechtenstein, Monaco, Morocco, Northern Macedonia, Norway, Panama, San Marino, Switzerland, Turkey, Ukraine, Vatican and Faroe Islands - an autonomous archipelago which is part of the Kingdom of Denmark.

The EU digital travel certificate COVID-19 was created by a European Commission team as a tool that would facilitate travel between Member States, allowing holders of that document to travel without restrictions or with minimum restrictions, having all the information in this common platform.

Member States are required to accept the certificates of all those vaccinated with one of the vaccines approved by the European Medicines Agency (EMA) - Pfizer, Moderna, Janssen and AstraZeneca. In addition, the European authorities have recommended the acceptance of documents issued by travelers who have been immunized with vaccines used in other countries, such as Sputnik, Sinopharm or Sinovac, among others.

Passenger air traffic in Greece increased by 82.6% in August