Wind Jet, a low-cost company from Catania, ceased its activity on the night between Saturday and Sunday, officially from 11 August 2012. The Sicilian airline operator has accumulated very large debts and lately has had problems with fuel supply. In July, Alitalia had been advised to take over Wind Jet, but for reasons still unknown this negotiation failed.

According to ENAC, approximately 500 000 passengers will suffer from this cessation of activity. Italian authorities have mentioned that reservations are made until October. Moreover, several aircraft remained stuck on the ground, at various airports in Europe, until the case was resolved and debt paid. 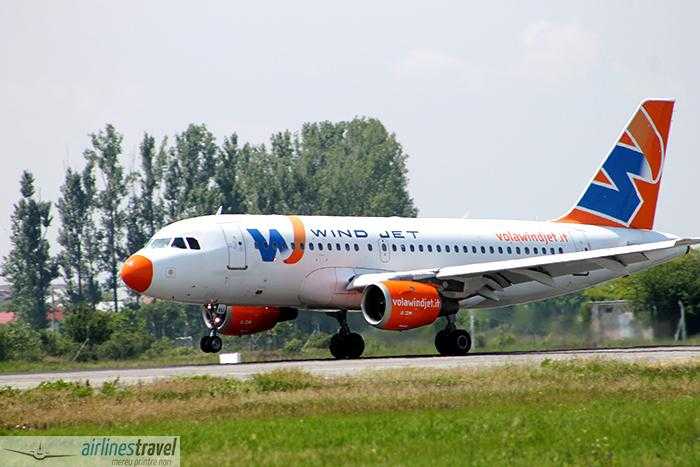 The media reports that five Airbus Wind Jet aircraft are blocked in Malta, as well as passengers who were to benefit from these flights. I would like to mention that Wind Jet also operates flights to Bucharest.

Several airlines (Alitalia, Meridiana, Easyjet, Blu Panorama, Neos) were interested in taking on the Wind jet passengers, but paying a fee of 80 EUR. At present, the Wind Jet site is closed and passengers are asked to contact the authorities.

Over 500 of employees will be left without jobs. Wind Jet was established in 2003 by Antonino Pulvirenti, the owner of the football club Calcio Catania. The Wind Jet fleet consists of 12 aircraft, and the carrier operates flights to 26 from destinations.