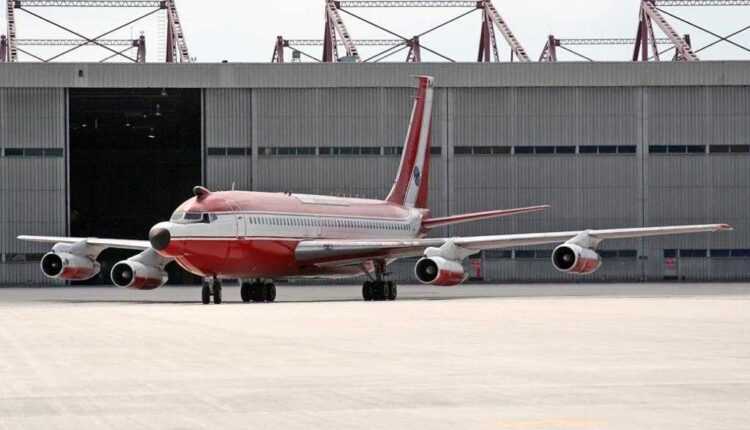 Boeing 720 and the last flight

I tell you daily about what happens in the world of civil aviation, but has it always been like this? How were the planes from 10-15-20 years ago? I like to take a look at history and find out interesting things, and then tell them. Today I'm writing about you Boeing 720, a model that was not very successful, but flew to 2008 on commercial flights.

Boeing 720 it was a small and medium-sized aircraft with a short fuselage and a capacity of up to 160 passengers. There were two versions of the 720. The first appeared in 1959 and entered service in 1960. It was equipped with 4 Pratt & Whitney JT3C turboprops. The second variant appeared very quickly, in 1961. Boeing 720B came equipped with 4 Pratt & Whitney JT3D turboprops with double flow, slightly more powerful.

The first 720 aircraft was delivered to United Airlines by 1959. At 5 July 1960, the aircraft began commercial flight on the Los Angeles-Denver-Chicago route. This type of aircraft has been used in 7 countries by approximately 20 of airlines, including: Lufthansa, American Airlines, United Airlines, El Al etc.

In 2008, a 720B took off, for the last time on a commercial route, from Plattsburgh. Pratt & Whitney Canada used the Boeing 720 until the fall of 2010, when they replaced it with a Boeing 747SP. In recent years it has been used as an aircraft for testing.

In 2012, 53 years after the first flight, the last Boeing 720 was exhibited at the National Air Force Museum of Canada - CFB Trenton in Trenton, Ontario.

I don't really understand why he has such a long nose. Was she a relative of Pinocchio? It really doesn't have a successful design. I don't know if I had boarded this plane to travel. But we must take into account that he was a successful model at the time and flew for decades on different routes.

Fly with Lufthansa at the 2012 European Football Championship