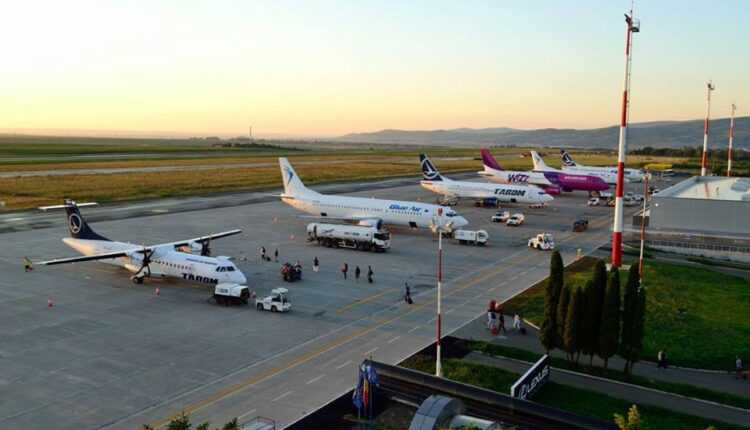 Traffic growing by 62% at Iasi International Airport, in the first quarter of this year!

Iasi International Airport recorded a sporty flow of passengers during the January-March period 2017. The number of those who transited the airport in the first quarter of 2017 is 232.747, the increase being 62% compared to the similar period of the previous year (143.653 people in 2015).

A significant increase is also observed in the chapter of flights, in the first three months of 2017 - 2.543 of aircraft landed and took off at Iasi Airport, their number being higher by 33,70 percent compared to the same period last year.

"I am pleased that the Airport is still on an upward trend in terms of traffic. We are concerned about expanding the number of internal and external routes, in addition to the five new routes that will be launched in June. We must pay attention to the cargo area and the maintenance unit that will be built here. I want to assure the people of Iasi that we will make all the necessary steps for the investments at the Iasi Airport to continue ”, said Maricel POPA, the president of the Iasi County Council.

"We are convinced that we will remain at the top of the country's airports in terms of air traffic. From June, five new destinations will appear in our route portfolio (Glasgow, Florence, Valencia, Munich and Constanta). The target number of passengers predicted by the end of this year is 1.000.000-1.2000.000. An estimate made without taking into account the new routes announced, but only increasing the frequency for certain existing flights and introducing charter flights.

At Iasi Airport, four different companies operate, the number of flights to and from Iasi reaching 24, of which 19 are international and five domestic. At the same time, we are conducting negotiations to attract new companies to Iasi and we are continuing, in parallel, the steps to increase connectivity with other important cities: Frankfurt, Athens, Dublin, Warsaw, Zagreb. It is also important to note that some companies, based in Iași, are also starting to turn their attention to international central airports. As an example, from June this year, the direct route from Iasi to Treviso will be moved to Venice Airport, which means additional comfort for passengers, ”said the management of Iasi International Airport.

We remind you that from Iasi Airport you can travel to 24 destinations, as follows:
With TAROM: Madrid, London (Luton), Turin, Tel Aviv and Bucharest;

Emirates Services: Tablets and laptops available on flights to the United States