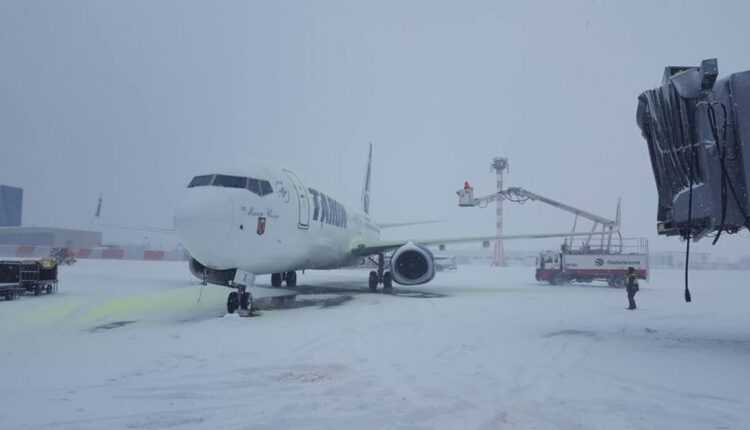 The flight operated by Lufthansa LH1652, on the route Munich - Bucharest, landed in Sofia.

No flights are canceled at Henri Coanda Airport due to weather conditions. Some flights may have flight delays, mainly caused by defrosting of aircraft, delays that, on time, can reach and even exceed 40 minutes.

However, 2 flights canceled departing from / to Bucharest appear in the flight schedule: Treviso with Wizz Air and Istanbul with Pegasus Airlines.

On both airports of the Capital, we constantly intervene with our own machines to ensure the safe operation. The airport infrastructure is operational, and the conditions for maintaining the moving surface in optimum conditions are ensured.

Real-time information on the situation flights to Henri Coandă International Airport Bucharest can be found on the web page www.bucharestairports.ro.

CAREFUL!!! The flight schedule must be observed, at least in terms of formalities. So it is good to take some time and observe the announced times for check-in and boarding.

Airbus A380 Lufthansa is ready to take off from Munich! Hello Los Angeles!