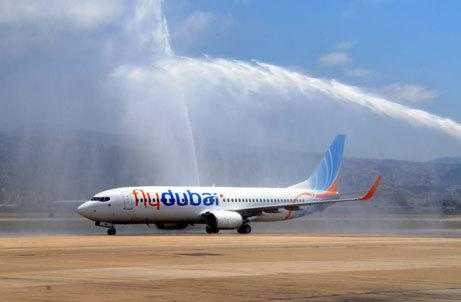 Flydubai, a low-cost airline operator from the United Arab Emirates, will enter the Romanian market at 1 on October, and will operate four direct weekly flights from Bucharest to Dubai, Carmen Demetriade, the general manager of the World Travel agency, who represents the company's interests in Romania, told MEDIAFAX Romania.

In Romania, the four weekly flights will start from October 1and rates will start from 440 euros, with all taxes included. Tickets can be purchased starting June 15 from the company's website or from travel agencies.

Rates include cabin baggage of up to 7 kilograms, a handbag or laptop bag and hold baggage of 20 kilograms. A more spacious place on the plane costs an additional 21 euros. On board, passengers have several optional services available such as certain entertainment packages, menu selection, drinks and Duty Free products.

Flydubai passengers will have the opportunity to travel to Dubai or further to one of the 45 destinations operated by the company in the Gulf, Middle East, Africa, Indian Ocean and Asia.

The latest Dubai airport statistics show an increase of over 35% of visitors from Central and Eastern Europe in the first four months of 2012.

The operator began commercial flights on 1 June 2009 and, in less than three years, expanded its fleet to 23 Next Generation Boeing 737-800 aircraft and reached over 45 destinations.

Icelandair will introduce Wi-Fi on board fleet aircraft

Emirates has announced a few changes to the flights to London, Los Angeles, Johannesburg