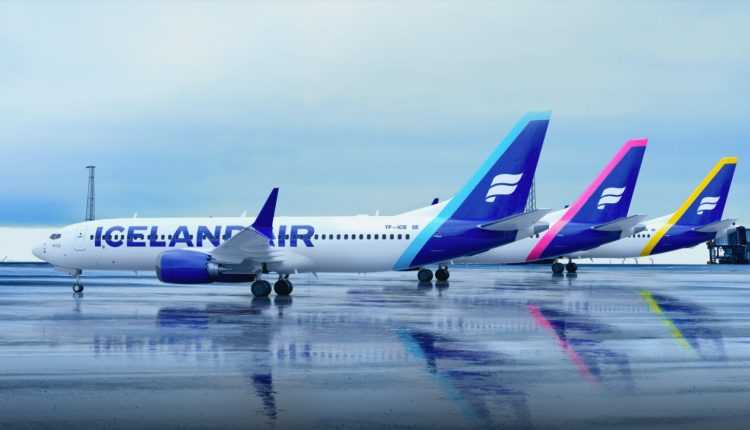 Icelandair, Iceland's airline based at Keflavík International Airport near the capital Reykjavik, has unveiled a new visual identity. The Boeing 737 MAX 8 (TF-ICE) aircraft was painted in the new livery. The plane arrived in Reykjavik on January 28 after being painted in Norwich, UK.

Icelandair plans to have at least five Boeing 737 MAX aircraft painted in the company's new colors by the end of February. Then, the entire fleet will be repainted, a process that will begin according to the maintenance schedule of each aircraft.

Icelandair will use five different colors to paint the tail of the planes. The tailings will be painted blue, but there will be a strip that will be painted in one of the five colors chosen by the company for each phenomenon of Icelandic nature.

The first Boeing 737 MAX8 painted in the new livery has a completely blue tail, including the special stripe, which is the Icelandic summer sky. The other colors will be the following: boreal blue - Aurora borealis; magenta - the Icelandic collective creative power; yellow - the sun reflected in waterfalls, glaciers and hot magma; green - life that is always reborn. Otherwise, all the fuselage will be painted white, which represents the snow and glaciers specific to Iceland.

Philippine Airlines returns to Tel Aviv after a 60-year absence