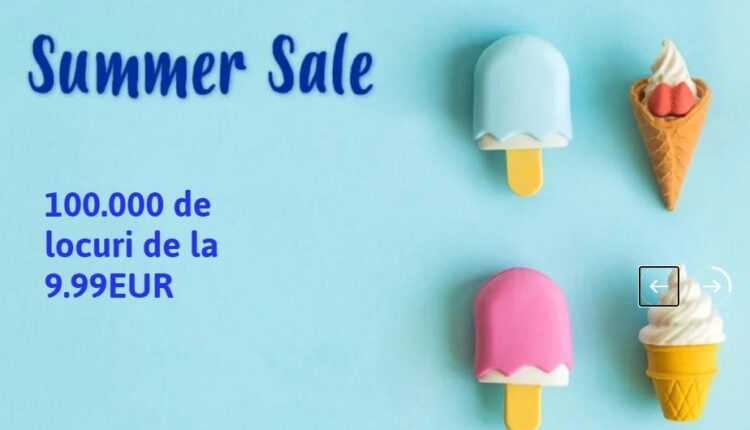 By Sorin Rusi Last updated NO ONE. , NEVER
0 437
Share FacebookTwitterPinterestLinkedinWhatsApp
Delayed plane? Flight canceled? >>Claim compensation now<<for delayed or canceled flight. You can be entitled to up to € 600.

Blue Air returns with a great offer on airline tickets. Who said prices will go up :)? Between 28 and 31 July 2020, Blue Air went on sale 100 tickets with fares from 000 EURO / domestic flight and 9.99 EURO / international flight.

The offer applies to scheduled travel from 1 August 2020 to 24 October 2020. In other words, you have great prices to schedule your next summer vacation in the 2020 summer season. countries that impose travel restrictions for those in Romania.

As of September 4, Blue Air will operate daily flights on the route Bucharest - Amsterdam, the route you will find fares from 19.99 EURO / flight.

I go shopping and the sky is clear!

The new travel conditions in Austria, applied from July 27, 2020. See the main changes!