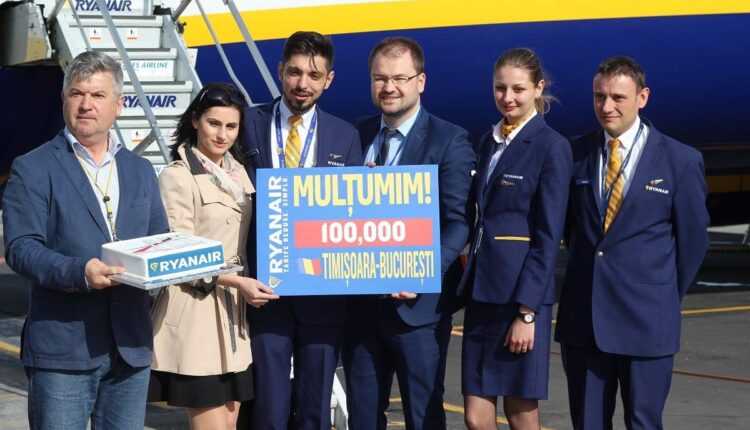 Today is Ryanair's holiday. 100 000 of passengers transported on the Timisoara - Bucharest route!

Today, 27 April 2017, Ryanair celebrated the transport of 100,000 by customers on the Timisoara - Bucharest route. Ryanair opened its first base in Romania, in Timișoara, in September 2016. It offers 7 low-cost routes, including destinations like Berlin, Brussels and London Stansted.

Adina Liliana Sârbua was Ryanair's 100 000 customer, traveling on the Timisoara - Bucharest route, and landing in time with the No. 1 airline in Europe. 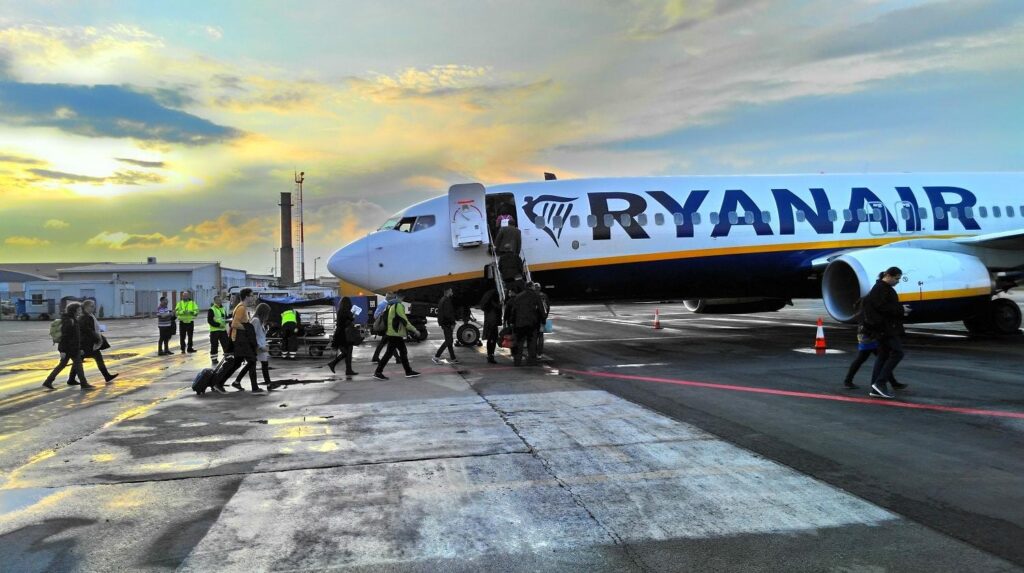 Ryanair celebrated the transport of 100,000 to customers on the Timisoara - Bucharest route by putting up for sale the places at the promotional price, from Timisoara, at prices starting from just 4,99 EURO / segment for travel in May.

These places, at a discounted rate, are available for bookings until midnight, Sunday (April 11th).

“Ryanair is pleased to celebrate the transport of 100,000 by customers on the Timisoara - Bucharest route, from the first flight, in September last year. Romanian customers and visitors can now choose from 7 routes from Timisoara and they have to wait for further improvements, all because Ryanair continues to grow strongly in Timisoara and Romania, with new developments for the flight experience of customers through the program “Always Getting Better ”, which includes more routes and even lower fares.

To celebrate the transport of 100,000 by customers on our Timisoara - Bucharest route, we sell places from Timisoara for only 4,99 € for trips in May, which are available for reservations until midnight, Sunday (30 April).

Because they will be booked quickly, but not to miss this extraordinary promotion, we invite customers to access www.ryanair.com/en for reservations. "

“The partnership that Timisoara International Airport has with Ryanair is a solid one, and these direct, fast and convenient air links mean new opportunities for both the airport and Ryanair, as well as for citizens in the western region of Romania and for those in the West. border areas of Serbia and Hungary.

We are glad that, although the company has been operating for only 7 months in Timisoara, we are already celebrating 100.000 of passengers on one route!

We wish that after productive negotiations with Ryanair, in the next period we will be able to announce new destinations and increase the frequency of flights on certain existing routes, starting with the winter program 2017-2018. "

Top 10 airports with the most beautiful approaches