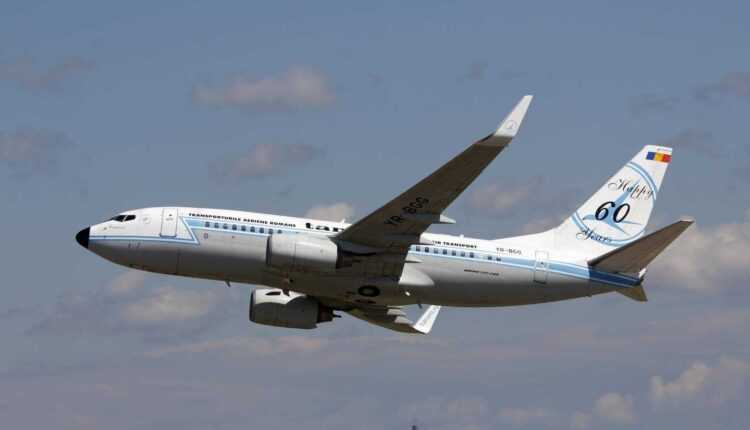 On 18 September 2014, TAROM company celebrates 60 years of existence. The Romanian National Air Transport Company TAROM was established in 1954 and grew at the same time as the Romanian aviation.

With a past spanning more than half a century, the history of the Romanian National Air Transport Company begins with the development of the aeronautical industry, an area in which Romania - through Aurel Vlaicu, Traian Vuia and Henri Coandă - stood out, along with United States of America.

In 1920, one of the first commercial lines in the world was established in Romania, CFRNA - the Franco-Romanian Air Navigation Company, which was, in fact, the first airline - in the history of aviation - with trans-continental operation.

In 1926, the company reorganized and changed its name to CIDNA - International Air Navigation Company, so that, in 1930, it changed its name again, becoming the National Society LARES - Romanian State-Operated Airlines.

The year 1945 brings a new reorganization, and LARES is replaced by the TARS Airline - Romanian - Soviet Air Transport, which was subordinated to the Romanian and Soviet governments, but whose staff was also selected from those who had worked for LARES.

After another reorganization, LARES changed its name and became, on September 18, 1954 - TAROM, the Romanian Air Transport. At that time, the airline had a fleet of Soviet - made aircraft Lisunov Li 2 and Ilyushin II - 14.

1966 - TAROM makes its first flight across the Atlantic.
1969 - TAROM adds a world premiere to its record: the Romanian IL 18 aircraft with the TAROM insignia covered a distance of over 50 thousand kilometers around the world, in less than 80 flight hours. The aircraft had 65 passengers on board.

Since 1973, "long-haul" aircraft have been purchased and new trans-continental lines are opening in New York and Beijing. The transport capacity of TAROM was then ten times higher than the year of the company's establishment.

June 25, 2010 - The Romanian National Air Transport Company TAROM is a member of the SkyTeam Alliance, a historic event that marks the national company's entry into a new era of its existence. TAROM currently operates flights on 43 routes in Europe and the Middle East.

"On September 18, 1954, the Romanian National Air Transport Company was to be established. During the six decades we realized that beyond the balance sheets and statistics remains the passion for flight. We owe the present and the future to those who have chosen to travel with us, passengers, partners and all those who have worked in this company alike. September is dedicated to all those who choose TAROM services and that is why we are launching special offers throughout this month, "said Christian Heinzmann, TAROM General Manager.