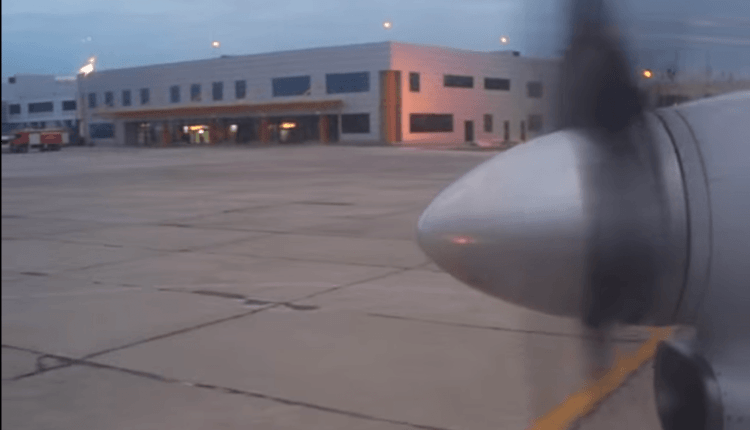 By Sorin Rusi Last updated NEVER TUESDAY. , NEVER
0 299
Share
Delayed plane? Flight canceled? >>Claim compensation now<< for delayed or canceled flight. You can be entitled to up to € 600.

Cristian Dumitru provided us with a video of the take-off of the aircraft SAAB NEVER Blue Air pe route Cluj - Băneasa, Bucharest, from September 8, 2009. The flight duration was approximately 45 minutes, between 20:00 and 20:45.

Currently, the aircraft is 20.1 years old and is powered by two Rolls-Royce AE 2100 engines. After what Carpatair has given up the SAAB 2000 aircraft fleet, it arrived in the Swedish Aircraft Holdings fleet.

Carpatair left the Romanian market, giving up regular flights. Out of the vast fleet, Carpatair stopped 2 Fokker 100 (YR-FKA and YR-FKB) with an average age of 23 and started operating charter flights and providing leasing & ACMI services. This year, Carpatair introduced the new livery.

Blue Air gave up domestic routes and expanded further into Europe. It has opened a base in Italy and one in Cyprus and continues to expand its operational network in Romania. Blue Air currently operates a fleet of Boeing 737 aircraft. In December 2014, Blue Air is 10 years old!

Emirates has released an application for Apple Watch