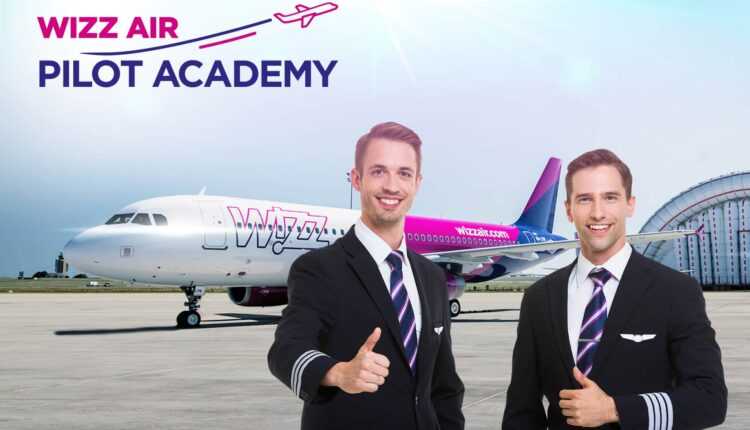 Wizz Air, the largest airline in Central and Eastern Europe and one of the fastest growing airline operators in Europe, today announces the launch of the "Pilot Academy" program in Romania.

By Sorin Rusi Last updated NEVER, NEVER
0 785
Share
Delayed plane? Flight canceled? >>Claim compensation now<< for delayed or canceled flight. You can be entitled to up to € 600.

The Pilot Academy program from Wizz Air arrives in Romania. It offers young adults, with little or no flight experience, the unique opportunity to obtain a commercial pilot license and the prospect of working as a pilot at Wizz Air.

The "Pilot Academy" program in Romania

As part of the program, contracted pilot schools will offer high quality courses, following Wizz Air standards, while the company will support the cadets enrolled in the program, if they prove that they meet certain terms and conditions, pre-financing a significant part of the tuition fees for to ease their career launch.

From the beginning, the objective “Wizz Air Pilot Academy”Is to offer those successful graduates of the program the position of co-pilot within the company.

The current program collaborates with two Tréner Kft schools in Nyiregyháza and Egnatia Aviation in Kavala, Greece. The courses will start in July and September with Egnatia and in November with Tréner Kft.

The integrated program consists of 750 hours on the ground, 60 hours in the simulator and 145 hours of flight training during 16 or 21 months at one of the most experienced Wizz Air partner flying schools.

During these months of introductory trainings, the cadets begin to acquire the necessary knowledge and develop their skills to launch their pilot career at Wizz Air and to support the company's significant expansion.

Those who successfully complete the "Pilot Academy" program can start their work at Wizz Air as Pilot Trainees. After completing the following Airline Transition Program, Type Rating Course, Line Training, and other in-house training at WIZZ, they can start flying as co-pilots throughout the Wizz Air network and make career progressions.

Wizz Air offers its pilots the chance for rapid and steady career development. After joining the company as First Officers, cadets can become Senior First Officers within two years and, after another two years, apply for the upgrade program to become Airbus A320 / A321 commanders.

More information about the program can be found at www.pilot-academy.wizzair.com.
WIZZ also offers candidates the opportunity to meet personally with the Wizz Air Pilot Academy on one of the Open Days of the program.