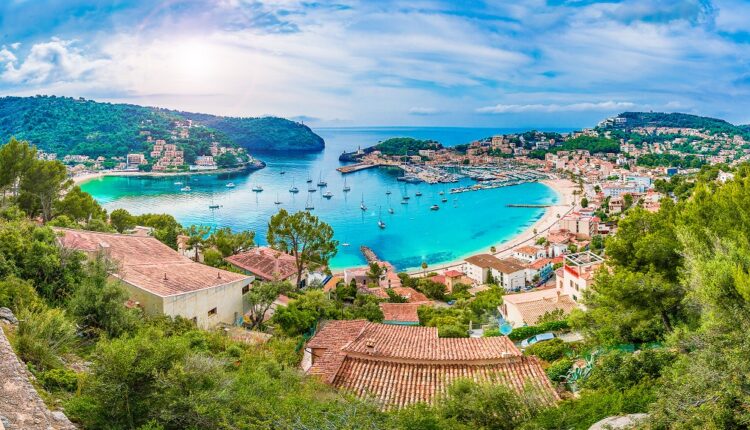 Mallorca will reopen for tourists in mid-April.

German tourists will return to the Balearic Islands in mid-April, as soon as the classification of area with high epidemiological risk will be lifted, according to the forecasts of TUI CEO, Sebastian Ebel.

Ebel made this forecast after a meeting with the President of the Balearic Government, Francina Armengol, to address a common strategy for the recovery of tourism in the archipelago.

Minister of Tourism, Iago Negueruela, who appeared at the press conference together with the head TUI, stressed that Mallorca is one of the European tourist regions "best positioned" for the resumption of tourism due to its low incidence data (28 cases per 100.000 inhabitants in the last week).

As reported by the Balearic executive in a statement, "The German tourist group TUI confirmed on Monday to the government of the Balearic Islands that Mallorca will be one of the priority destinations for this summer. This was conveyed by the group's CEO, Sebastian Ebel, the Prime Minister, Francina Armengol and the director Iago Negueruela, during a meeting attended by the CEO of RIU Hotels, Carmen Riu, and the general director of Tourism, Rosana Morillo. ”

Negueruela emphasized to the press the TUI group's commitment to Mallorca and the Balearic Islands every year, especially in a "complicated period like the current one".

'Along these lines, the Councilor recalled the importance of continuing to reduce the incidence of the disease in the Islands, as the best way to have a season and to resume work as soon as possible and in the safest way possible, both for visitors, as well as for residents and workers ", explains the Balearic government.

"TUI is ready to respond to this request and last minute reservations."

"I am convinced that Mallorca and the Balearic Islands will do their best to be good hosts this summer", Ebel told the press.

At the same time, Ebel said that "Mallorca has already convinced with high standards of health and safety at the beginning of last summer and has much lower incidence rates than most European countries". The manager also reminded that "Rapid tests and vaccines will soon restore freedom of travel."

Before concluding his speech, Ebel announced that, starting with March 20, the Robinson Cala Serena Club will reopen for tourists in southeastern Mallorca. One week later, on March 27, the first TUI planes will take off again for Mallorca, Germany.

The decline in the number of infections in Spain, which has a cumulative incidence of 294 cases per 100.000 inhabitants in the last 14 days, has led the German government to remove Spain on the list of countries with a high epidemiological risk. However, those who have to travel to Germany will have to take a negative Covid-19 test, which should not be older than 5 days.

The collaboration of European regions is essential for economic recovery.

Saudi Arabia is developing a hotel complex in the middle of the desert.