A new traffic record on Iasi Airport! For the second time in its history, the Iasi terminal has reached the threshold of 1 million passengers.

By Sorin Rusi On NEVER Oct , NEVER
0 180
Share FacebookTwitterPinterestLinkedinWhatsApp
Delayed plane? Flight canceled? >>Claim compensation now<<for delayed or canceled flight. You can be entitled to up to € 600.

Iasi International Airport today celebrated the passenger with the number 1 000 000 this year, one month earlier than 2017, a result that is due to the expansion of the route network and the increase in air traffic.

In the first semester of this year, the region of Moldova and the West of the country were connected, by air, by the two internal routes to Cluj-Napoca and Timișoara, and nine other external flights became operable from Iasi Airport: Cuneo, Verona, Eindhoven , Billund, Malmo, Dormund, Thessaloniki, Paris (Beauvais) and Brussels (Charleroi). The offer of routes, in the summer season, was supplemented by the charter flights that provided flights to four holiday destinations in Greece and Turkey.

This year, the passenger with the number 1.000.000 was designated by the national company Tarom. His name is Ramona Cristina Piștină. He lives in Timișoara and has arrived today in Iași, on the direct route operated by Tarom.

The lucky number passenger was welcomed, in a festive setting, in the arrivals hall from the T2 terminal, by the Director of Iași Airport, the President of the County Council, the representative of Tarom and the other guests at the event. 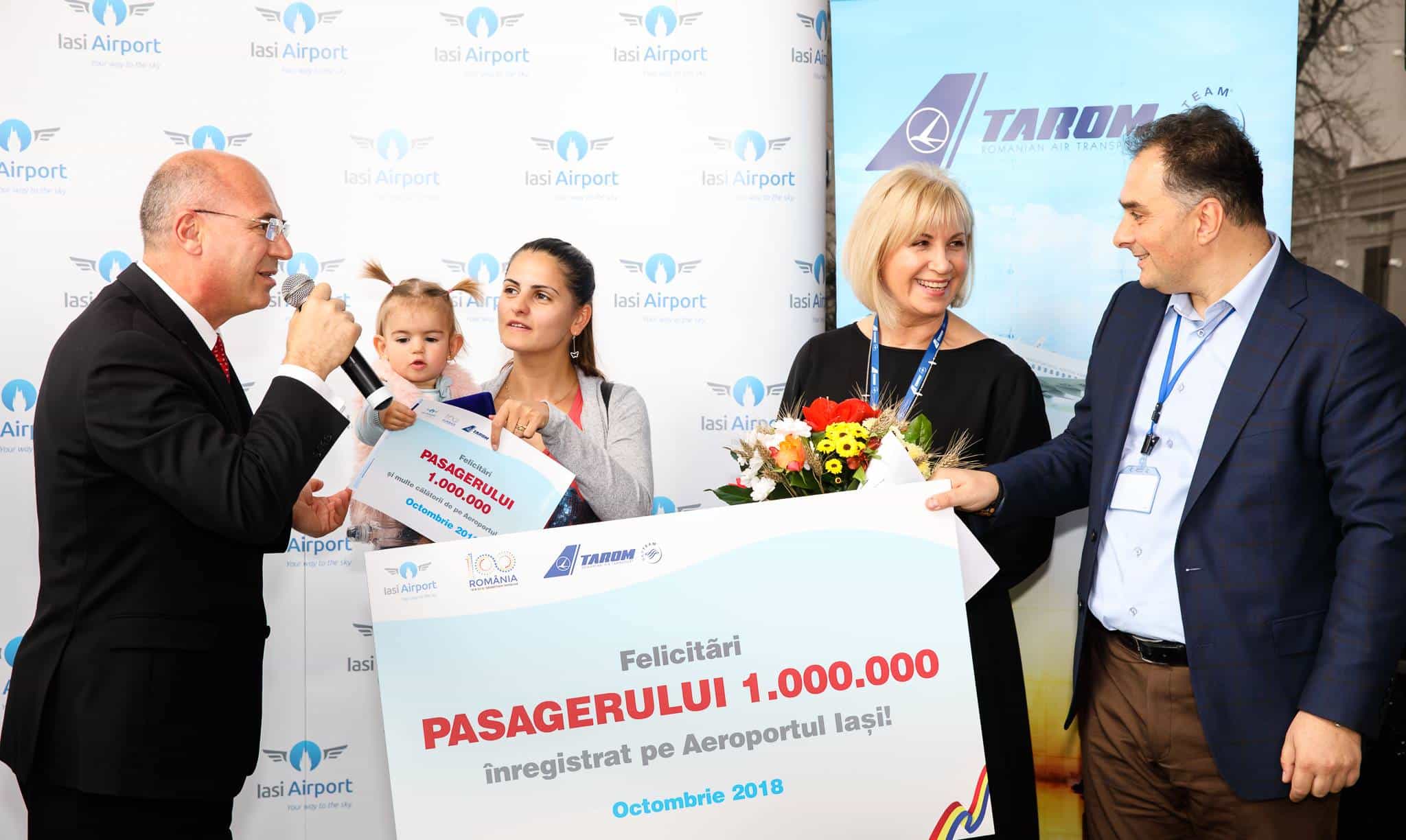 The winning passenger received a two-person voucher for two persons and a sports troller. Today's moment was celebrated with cake, champagne, but also with classical music.

Currently, at Iasi Airport, there are three domestic and 20 external flight routes, with four airlines.