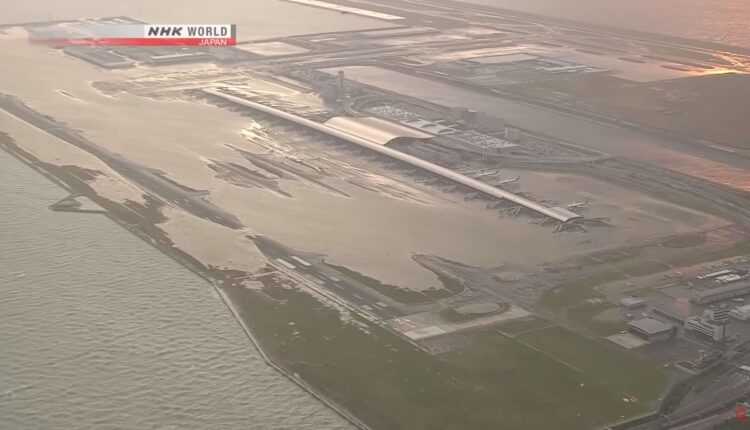 Due to the Jebi typhoon, Kansai International Airport was flooded. Over 3000 people were trapped in the airport.

These days, the typhoon Jebi spreads panic among the Japanese and causes significant damage. The Kansai region was one of the most affected, with heavy rains and strong winds up to 240 of kilometers / h. And the Kansai International Airport was hit by the Jebi typhoon.

The tracks, treads and parking platforms were flooded with a water layer of about 40-50cm. Over 3000 people were trapped in the airport terminals. The airport staff praised all the measures to make the passengers safe in front of the Jebi typhoon. They received blankets, water and food. Only one person was slightly injured after a terminal window broke.

The communication routes between the airport and the main island were also affected. We remind you that Kansai International Airport is built on an artificial island, in the middle of the Osaka Bay. Hundreds of flights were canceled.

Today, the people at the airport were evacuated with the help of boats. Air traffic remains closed between 5 and 6 September 2018!