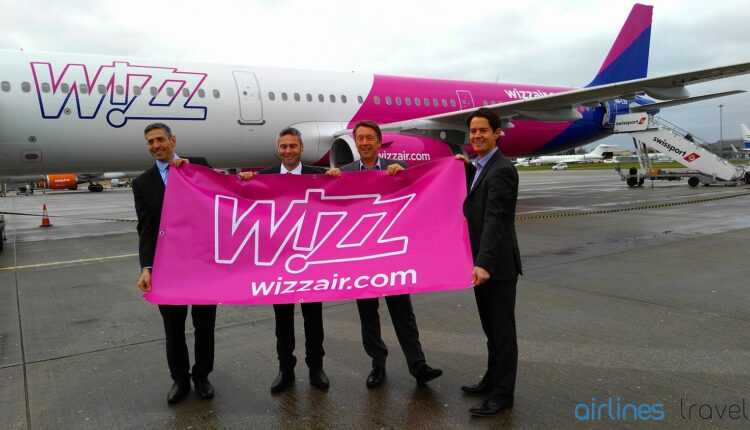 "Passengers traveling to and from Romania continue to be receptive to low-fare Wizz Air flights," said József Váradi, CEO of Wizz Air. “The increase has been felt in all the categories of clients in Romania, whether it is bringing together families working abroad, transporting tourists visiting this beautiful country or offering increased frequencies to major cities in Western Europe for business trips. "

TAROM sends an important message to the company's passengers

One of the important events in 2015 was the announcement of the base in Iasi, which will become the 23 Wizz Air operational base, starting in July 2016. New Wizz Air routes departing from Iasi: Bologna (BLQ), Larnaca (LCA), Rome Ciampino (CIA), Tel Aviv (TLV), Catania (CTA).

The newest announced Wizz Air routes or whose operation started on 2015 include Bucharest - Glasgow, Birmingham and Hamburg, from Cluj-Napoca to Dubai, Munich-Memmingen, Alicante, Billund, Doncaster / Sheffield and a completely new destination, Berlin. The newest routes from Iasi are to Bologna, Larnaca, Rome and Tel Aviv.

In March, Wizz Air added a new flight from the 8 airport in Romania, on route Constanța - London Luton. A new route from Tîrgu Mureș to Karlsruhe / Baden-Baden was announced in November, adding to the new routes to Dortmund, Frankfurt Hahn and Munich-Memmingen.

"We have found in the Wizz Air network people who analyze different factors when choosing an airline to be their partner, but the main reason that remains constant is given by the low fares," says Varadi.

The company had other milestones worth mentioning in 2015, including listing on the London Stock Exchange (IPO), but also the important order for 110 Airbus A321neo aircraft, which will give Wizz Air even more flexibility to handle travel demand (aircraft deliveries will take place between 2019 and 2024). Also, Wizz Air has adopted a new visual identity, but also a new aircraft design to reflect the changing travel expectations of customers.

New services introduced in 2015 include allocated places, improving the priority service on boarding, which now offers the possibility of a small extra luggage, and a new category of Plus fare rates which benefits from 32 kg luggage hold, large cabin luggage, priority on boarding and check-in at the airport.

Wizz Air has announced the signing of a new contract with Lufthansa Technik Maintenance International (LTMI) for the provision of current maintenance services for the bases in Bucharest, Cluj-Napoca, Tîrgu Mureş, Timişoara and Craiova.

VIDEO: Application of the new Wizz Air livery on an Airbus A320 aircraft

Recently, Wizz Air has been named by Air Transport World the most valuable airline of the year (Value Airline of the Year) for its success in 2015.

In 2015, the site AirlinesTravel.ro (represented by Sorin) flew to Nurnberg and in London. We were invited by Wizz Air to "test" the first A321ceo Wizz Air).