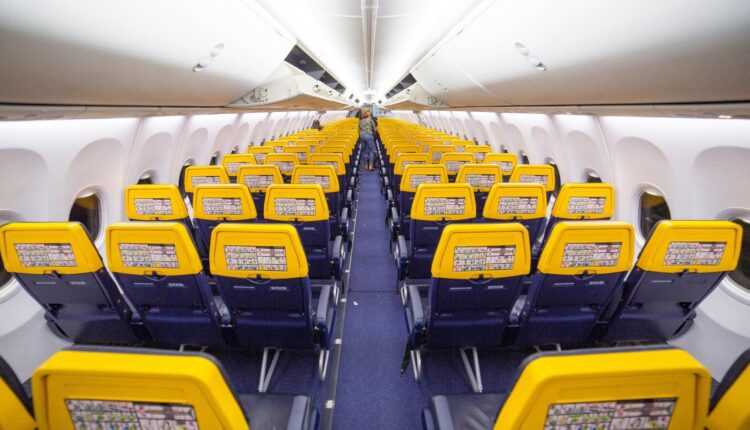 Health and safety measures in RYANAIR aircraft. The mask will be mandatory!

More and more airlines are announcing new health and safety measures on their planes. As we anticipated, the mask will be mandatory including RYANAIR aircraft.

Edward Wilson (CEO Ryanair DAC) explained to the employees how RYANAIR intends to relaunch its activity after the Covid-19 pandemic. And, at the same time, the new health and safety measures were presented.

In a video message to employees, Eddie Wilson, CEO of Ryanair, detailed the measures that should be implemented and implemented starting with June.

Passengers and cabin crew will be required to wear masks throughout the flight. Customers will be subject to temperature control at the airport, before boarding. Travel by aircraft will be limitedand cash transactions will be prohibited in favor of payment with contactless cards.

RYANAIR officials criticize the idea of ​​leaving a free seat in the middle, between passengers, mentioning those also reported by IATA. Reducing the number of passengers on board means higher costs and more expensive plane tickets, and the measure is not as effective as desired.

RYANAIR hopes to resume a large number of flights starting July 1. Probably between July and September will operate about 50% of flights, and from September the situation will be reassessed and, according to market demand, frequencies will increase.

RYANAIR currently operates a number of strategic flights departing from Ireland and the United Kingdom. Between May 15 and May 28, RYANAIR will fly on the route Bucharest - London Stansted. It should be noted that RYANAIR traffic fell by 99.6% in April.

Eddie Wilson also told employees that: Ryanair cannot count on rescue aid from governments because it is a well-run airline. And he did not hesitate to criticize European governments for state aid to airlines such as Lufthansa, KLM, Air France, Finnair, which now enjoy an unfair advantage. In theory, without this financial aid, the airlines would have gone bankrupt or had to greatly reduce their operations.