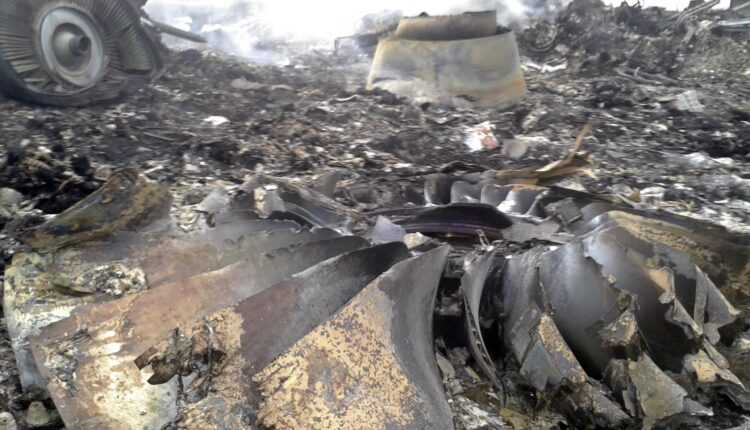 4 days have passed since the tragic accident recorded on 17 July 2014, when a Boeing 777 aircraft under the colors Malaysia Airlines crashed on the border between Ukraine and Russia.

AirlinesTravel.ro has monitored the case, but our editorial policy does not include the political statements, assumptions and all contradictory ideas regarding this case. We try to approach the subject as close to the aviation field as possible and let the specialists come up with concrete information. We do not support political parties, we do not launch assumptions and accusations, we do not speculate.

But let's get back to the accident and the concrete information we learned from 17 July to this day.

The plane operated flight MH17, on the route Amsterdam - Kuala Lumpur. On the day of the accident, around 16.30 pm, the contact with the plane was lost, which was also confirmed by Malaysia Airlines shortly after.

Around 12: 30 UTC, the aircraft Boeing 777-200ER (9M-MRD) Malaysia Airlines collapsed near the Ukrainian-Russian border in the Donetsk conflict zone, a pro-Russian-controlled region. The aircraft had 298 persons (15 crew members and 283 passengers). All the people were declared dead.

Early reports indicate that the plane was hit by a ground-to-air missile launched by a Buk system. This information has remained standing so far, with several specialists claiming that the plane was hit by a rocket, but it has not yet been determined who fired it. The Ukrainian government and the pro-Russian separatists accuse each other, a battle of declarations involving the countries of the EU plus the US.

After 4 days from the accident, we have the complete list of persons on board the plane, sorted by nationality.

Many voices wondered why the plane was flying over a conflict zone. I also learned the answer from ICAO and EUROCONTROL. Until July, the 330 flight corridor, in eastern Ukraine, was considered safe, an area where several commercial aircraft passed.

After the accident, the area was restricted without limits, and the airlines decided to bypass the Ukrainian airspace, mostly through Romania. Inclusive TAROM bypasses Ukraine's airspace and has changed its flight schedule to Moscow.

Out of respect for the victims, but also for financial and image reasons, Malaysia Airlines has decided to withdraw the MH17 code, starting with 25 July 2014. It does NOT become NOT.

Regarding the black boxes of the aircraft and the bodies of those who died in the accident, the situation is uncertain. Several pictures show how many people vandalized the accident area and the destruction of important evidence is not excluded.

Yesterday, Malaysia Airlines announced that it had made a connection with those leading the Donetsk region and had fallen into an agreement over black boxes, corpses and more vital evidence.

According to the information, 282 of uninhabited bodies are on a train to Torez, to be moved to Kharkiv and then handed over to the Dutch authorities. A C-130 Hercules aircraft will transport them to Amsterdam, along with six members from Malaysia.

Thirdly, Malaysia Airlines calls for all organizations to work together for a proper investigation and understanding. Only then can a final verdict be reached in this case.

We will return with new information about the MH17 case, most likely at 7 days after the accident or earlier, depending on the importance of the information that has appeared. I want to sound an alarm on this case. Not all video materials that appear on the Internet, which refer to this case, belong to this case.

2014 Aviation Day at the Statue of Aviators (photo / video)

Air India resumed its flights to Moscow, after 15 years break