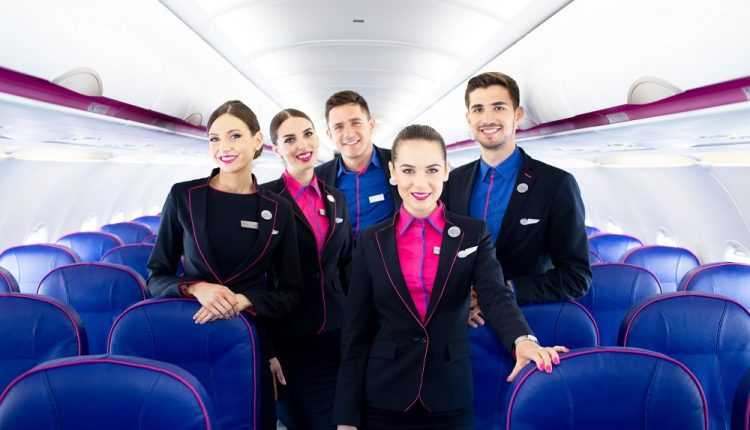 Wizz Air has announced that it will host special recruitment events in Bucharest, on September 17 and 23, as well as on October 4, 8 and 14. The events are accessible to everyone who aspires to a career at altitude, including experienced flight attendants such as Blue Air crew members who want to pursue their desired career in the WIZZ team as part of the fastest growing airline and the most sustainable in Europe.

Special recruiting events will be held at Hotel Vienna House Easy Airport Bucharest (283 Calea Bucurestilor, Otopeni), and candidates are expected to arrive promptly at the times announced on wizzair.com, be prepared for a day full of activities including a personal presentation, situational role play, group exercise and an individual interview.

After announcing an important expansion in Romania, the addition of five aircraft at its base in Bucharest, which reaches a total of 17 aircraft, as well as increasing capacity at Bacău, Cluj-Napoca, Iasi and Sibiu, Wizz Air is looking forward to welcoming new and/or experienced flight attendants to its team.

WIZZ flight attendants can expect a competitive salary, supplemented by payments for each flight segment based on duration and a percentage of the value of products sold on board, as well as free industry-specific training, a training allowance during the 6 weeks of training, free uniforms, unlimited employee discount tickets, more free tickets and discounts for friends and family, and a monthly schedule.

Flight attendants will work in a friendly and multicultural environment for one of Europe's fastest growing airlines with access to a variety of exciting career opportunities in the more than 50 countries where the company operates aerial.

Tel Aviv Airport to ban Boeing 747 and Airbus A380 aircraft