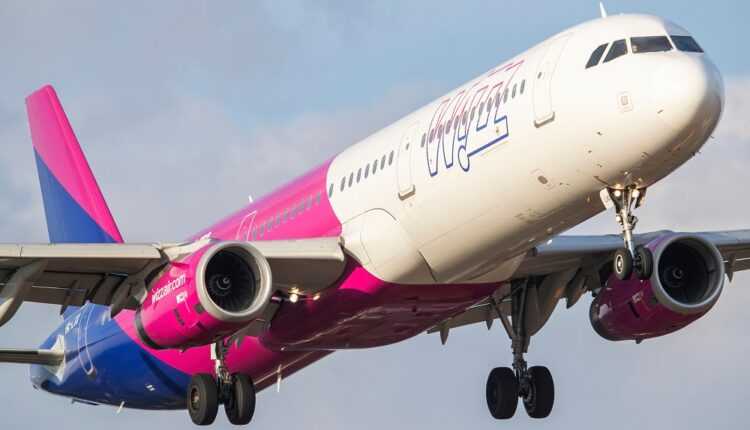 Wizz Air base in Naples: 2 planes and 18 new routes

Wizz Air, the fastest airline in Europe, has announced the opening of its base in Naples and the launch of 18 new international and domestic routes. The airline will allocate 2 Airbus A321 aircraft at Naples airport in August and September 2021. The 18 new routes will complete the 8 routes already operated from Naples airport. Tickets for the new routes can already be booked on wizzair.com or in the airline's application, with prices starting at EUR 9,99.

Wizz Air began flying to Italy in 2004 and has since carried over 40 million passengers to and from Italy on more than 200 routes. Wizz Air is dedicated to further developing the network and making the journeys of more and more people accessible. The establishment of the 44th Wizz Air base follows the opening of five more bases (Milan Malpensa, Catania, Palermo, Bari and Roma Fiumicino) of the Italian airline.

The opening of this new base in Naples will bring economic growth to the region, but will also create over 30 new direct jobs with the airline and over 1.100 jobs in the associated industries. The two Airbus A321 aircraft will support the operations of a 18 new routes to Milan Linate, Olbia, Lampedusa, Verona, Turin, Santorini, Chania, Mykonos, Ibiza, Fuerteventura, Tenerife, London Luton, Prague, Tallinn, Reykjavik, Tel Aviv, Casablanca, Sharm el Sheikh, totaling 26 destinations, from Naples, in 2021.

Today's announcement will quadruple the number of seats that Wizz Air puts on sale in Naples and will reach almost 1.5 million seats annually. The Wizz Air network in Naples will support local tourism, bring more capital to the region, and connect the southern Italian city with new and exciting destinations that are not currently served, such as Tallinn, Reykjavik and Fuerteventura.

Wizz Air will start recruiting young and ambitious candidates for its new base. Cabin crew recruitment days are displayed here.

Paris airports are preparing for strikes in June and July

Air France will operate flights to 200 destinations in the summer season 2021, recovering 65% of pre-covid transport capacity