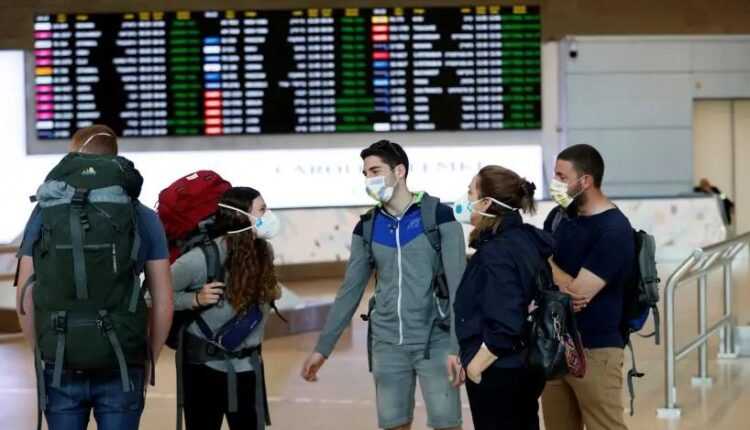 We are in full swing COVID-19 pandemic and it seems that we are no longer patient with all the rules and restrictions imposed by the authorities. We know that they were applied to protect the population and not to collapse health systems. In Romania we have been in a state of emergency for 2 months now and all we have to do during this period is to have PATIENCE.

#StamAcasa and we deal with all kinds of preoccupations: movie, live zoos, we visit online museums around the world or museums and objectives in Romania, we play or listening to music. We even got to do it paper airplanes. It is true that some of us work from home and otherwise time passes. But the thought escapes us to travel, flying, walking.

We know that post-COVID holidays they will not be the same, at least in the coming months. Special measures have been taken and are being taken to protect people. We are talking about rules for social distance and protection in aircraft, airports, from work and even on the street or in shops.

In these difficult times, we are most pleased with the news coming from the airlines, which are announcing the plan to resume flights.

Blue Air, the only low-cost company in Romania, is going through difficult times due to the COVID-19 pandemic. It needs financial support from the authorities, and gthe government approved the rescue credit.

However, due to travel restrictions imposed by Romania and other EU countries, Blue Air decided to resume flights from July 1, 2020. This can also be seen in the booking system. Blue Air has activated international flights and routes, But and internal routes, starting July 1. Blue Air operational changes: fleet reduced, destinations eliminated, number of flights reduced.

Aegean Airlines has resumed its air operations on several European routes. He started flying to Brussels and Paris, and in the following days he will fly to Frankfurt and even to Bucharest (from June 6).

At the same time, Aegean Airlines flies on several domestic routes, especially from Athens to various Greek islands. The plan is to start flights from Thessaloniki after June 15.

Air Serbia flights - from May 18

Air Serbia plans to resume flights on May 18. Flights Belgrade - Bucharest, from June 15. Air Serbia has big plans and announces the resumption of flights on most routes in the portfolio.

Czech Airlines flights - from May 18

Czech Airlines plans to resume flights from May 18 to Amsterdam, Paris, Frankfurt and Stockholm. And from May 24, 2020, Czech Airlines intends to fly on the route Prague - Kiev.

From May 25, 2020, Czech Airlines plans to resumes flights on the routes Prague - Bucharest and Prague - Odessa, provided that the quarantine measures in Ukraine are completed as currently planned.

Thus, from 1 July, British Airways would operate 316 weekly flights to Europe. The percentage is small compared to the pre-crisis period generated by COVID-19, when it operated 1750 weekly flights.

KLM flights - from May 4 with extension from June 1

On May 4, KLM began to gradually resume flights to destinations in Europe. As I announced to you, KLM resumed its activity on the Amsterdam - Milan Malpensa route, following the resumption of flights to 7 other destinations in the following days, which had their flights suspended or restricted due to the COVID-19 pandemic. Starting May 11, wearing masks will be mandatory on all KLM flights.

KLM's goal for May is to resume 15% of its flights, compared to the pre-Covid-19 period. A considerable number of intercontinental flights are currently operated only in cargo mode.

According to the reservation system, KLM will resume flights Amsterdam - Bucharest starting with 17 June 2020. For the beginning, 1 daily flight will be operated, and from July 4, it will be switched to 3 daily flights.

Air France flights - from May 18 with extension from June 1

Air France has adjusted its operating schedule for June. The main air carrier in France intends to increase its operational network from 3-5%, as it currently stands, at 15-20% of normal capacity scheduled for this time of year. From June 1, there will be many more destinations, and the number of flights will increase considerably.

From May 18 until the end of June, Air France plans to fly to approximately 80 destinations in France, Europe, Asia-Pacific and America. Air France resumes flights on the route Paris - Bucharest starting June 17, 2020.

Update: The flights between Great Britain and Romania cannot be operated because the authorities in Bucharest have suspended them.

Initial story: RYANAIR has announced that it will resume flights on 3 European routes. From May 15, Ryanair intends to fly from London Stansted to Bucharest (Romania), Sofia (Bulgaria) and Porto (Portugal). We are talking about a limited program, with flights from Ireland and the United Kingdom on 28 European routes. The extension of the operational program will take place starting with July 1.

After more than seven weeks of rest, Brussels Airlines intends to resume operations on 15 June. The Belgian carrier intends to start with a reduced schedule, which will be developed according to market demand and travel restrictions.

While preparing to resume flights, Brussels Airlines will implement all necessary health protection measures to protect its customers and employees.

These days we hope to see more and more flight plans and even flights. At the moment, from Romania you can fly to several destinations outside the risk area. Inclusive Wizz Air flies from Romania between June 01-16, 2020. And the outlook is optimistic. Wizz Air has announced dozens of new routes with flights from Romania, in 2020. At the same time, at European level, Wizz Air is expanding and announced 55 new routes and 3 operational bases, in Milan Malpensa; Tirana and Larnaca. More more flights to Salzburg, Austria.

With a little luck and hope in our souls, we hope that after June 16 we will be able to fly to most destinations and countries in Europe.

TAROM flights - from May 18

TAROM resumed domestic flights starting May 18. And in the near future, maybe even at European level. The only international route, which remained operated during the crisis, was Bucharest - Athens.

Until the resumption of frequent commercial flights, TAROM has several repatriation flights planned, until June 16.

Starting with May 15, 2020, the Romanian state authorities have established, on the entire surface of Romania, the state of alert.

Thus, by the Decisions of the National Committee for Emergency Situations, it is ordered to extend the flight suspension until June 16it is to and from the following countries: Italy; ❌Spania; ❌Germania; ❌Franţa; ❌Austria; ❌Belgia; ❌Elveţia; ❌SUA; ❌United Kingdom; ❌Olanda; ❌Turcia; ❌Iran.